Omega-3 fatty acids are unsaturated fatty acids. They are essential for the human body, they can not be produced by itself and must be ingested through food. Omega-3 fatty acids are found mainly in oily marine fish, but also in krill and special algae and other plants. Algae and plants contain the omega-3 acids mainly in the form of alpha-linolenic acid (ALA), while in fish and krill they are present as docosahexaenoic acid (DHA) and eicosapentaenoic acid (EPA). EPA and DHA contribute to normal heart function and blood pressure, among other things, and DHA helps maintain normal brain function and vision. Our body can produce the two important omega-3 fatty acids DHA and EPA from ALA, but ALA must first be converted into stearidonic acid (SDA). In our assortment, we can offer you omega-3 fatty acids from fish oil, krill oil as well as algae/vegetable oil, depending on your requirements. 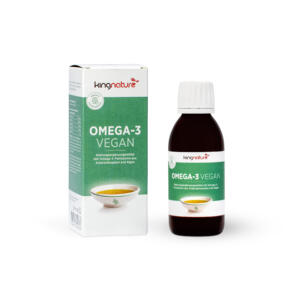 Omega-3 fatty acids have been in vogue for some time. And quite rightly so, because the human body is indeed able to produce most of the fats it needs itself from other foodstuffs such as fats or raw materials. Unfortunately, this is not the case with omega-3 fatty acids. Omega-3s are important fats that the body cannot produce on its own. It is therefore imperative that humans consume this type of fat through food. Fish, vegetable oils, nuts, flaxseeds and leafy vegetables are perfect mediators of omega-3.

Why do humans need omega-3 fatty acids in the first place? Omega-3 fats are found everywhere in the human body in the so-called cell membranes and, among other things, strongly influence the function of cell receptors. Furthermore, omega-3 fatty acids are a natural anti-inflammatory, which can protect humans from inflammation. For these reasons, omega-3 is often said to be very healthy.

There are three types of omega-3 fatty acids:

Eicosapentaenoic acid (EPA) and docosahexaenoic acid (DHA), which are found mainly in fish or marine animals in general, are often referred to as marine omega-3 fatty acids. Alpha-linolenic acid (ALA), which is most abundant in the Western diet, is found in vegetable oils and nuts as well as flaxseed leafy vegetables. Some other animal fats also contain omega-3, particularly meat and fat from animals fed primarily on grass.

The human body uses ALA mainly for energy production and converts it to EPA and DHA only to a very small extent.

Effect of omega-3 fatty acids in the human body

The strongest evidence for the beneficial effects of omega-3 fatty acids comes from many studies on heart disease. Omega-3 fats appear to help keep the heart beating at a steady rhythm rather than falling into a dangerous or potentially fatal irregular rhythm. Omega-3 fatty acids have also been shown to lower blood pressure and heart rate and improve blood vessel function. In many large-scale studies, it has been proven that survivors of a heart attack could significantly reduce their risk of having another heart attack thanks to taking omega-3 capsules.

How do I get omega-3 fatty acids?

Consequently, given the importance and benefits of marine omega-3 fatty acids, it is important to eat fish or other seafood once or twice a week, preferably fatty (dark) fish rich in EPA and DHA. This would be especially important for pregnant women or those who want to become pregnant, as well as for nursing mothers. A developing child needs a steady supply of DHA from the third trimester until the age of two to form the brain and other parts of the nervous system. Many women avoid eating fish because they fear mercury and other potential contaminants could harm their babies. However, the evidence for harm from a deficiency of omega-3 fatty acids is far more conclusive, and a risk-benefit ratio can be easily determined. Omega-3 doesn’t necessarily have to come only from seafood or fish, however. Thanks to preparations in the form of tablets or pills, anyone and everyone can consume omega-3 regularly.

Those who do not particularly like fish still do not have to do without the healthy omega-3 thanks to oils and tablets. In our store you will find, for example, the Omega-3 Vida fish oil. It contains 250 ml of tasteless fish oil with 2750 mg of omega-3 fatty acids per 10 ml (= 1 tablespoon). This preparation contains the fatty acids EPA and DHA described above. Sustainability is also well taken care of. Because the fish oil comes from sustainable catch directly from Norway.

Omega-3 is extremely important for the human body and primarily found in fish or nuts. As mentioned earlier, the human body is not able to synthesize omega-3 itself and therefore relies on food. However, those who do not like fish do not have to do without omega-3. Thanks to oils or tablets, anyone and everyone can take their daily dose of omega-3.

Your data is protectedHigh product and service standards