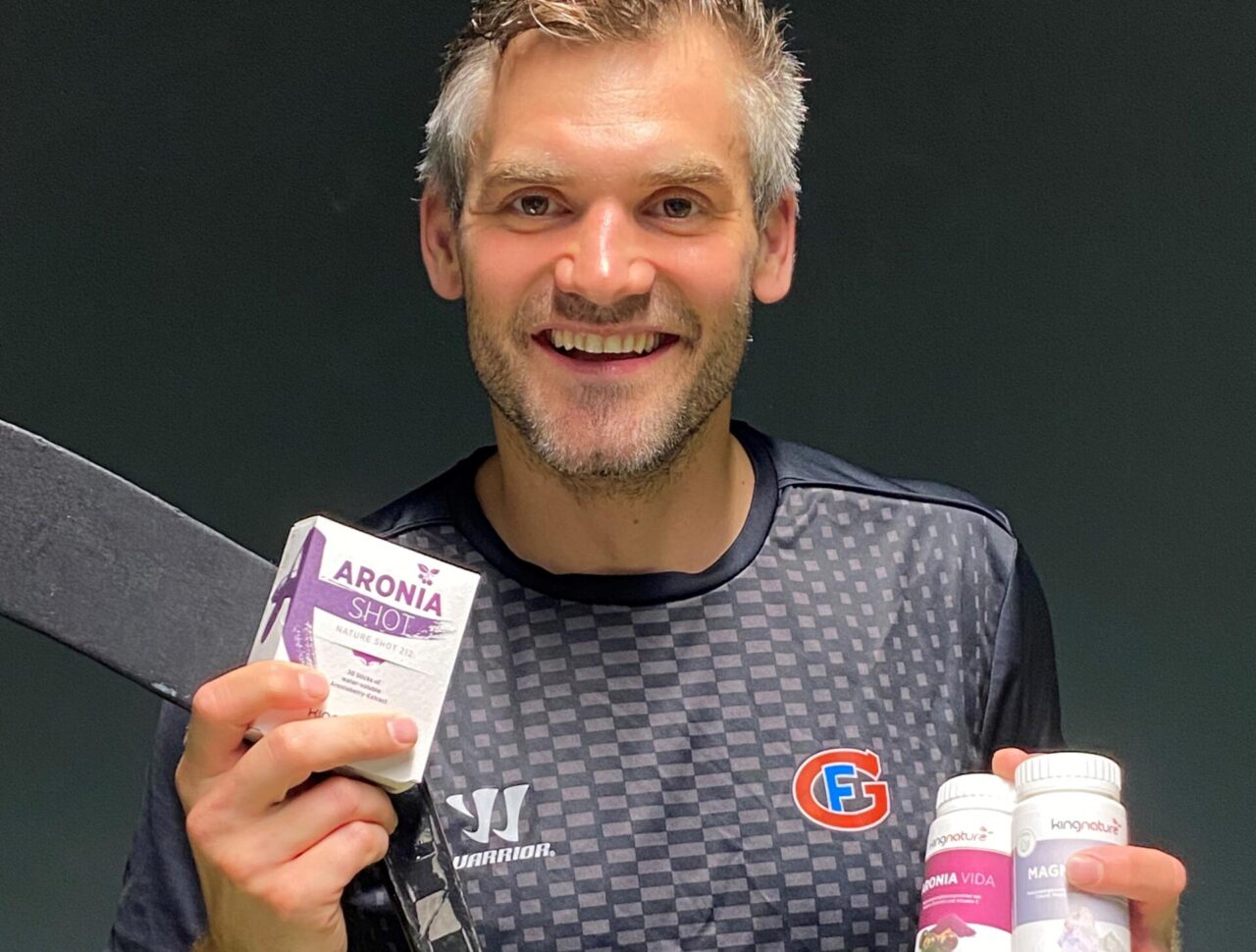 Philippe Furrer is a dinosaur in Swiss ice hockey. His stations included the National League top clubs SC Bern and HC Lugano. He is currently under contract with HC Fribourg-Gottéron. With SC Bern, he was Swiss champion three times and Cup winner once. Philippe is also still a member of the Swiss ice hockey national team, having played in two Winter Olympics and six World Championships. He was also one of the silver heroes at the World Championships in Sweden in 2013. Philippe Furrer relied on natural nutritional supplements very early in his career and recommends this to every top athlete. "As a 35-year-old, I feel fitter than ever today, also thanks to vital substances. A chokeberry shot is part of my every interval - accordingly, I'm also called 'Aronia Man' within the team."
WATCH THE KINGNATURE VIDEO WITH PHILIPPE FURRER